As cloud costs climb, is repatriation the answer?

Dropbox saved nearly $75 million by repatriating workloads from the public cloud and building its own tech infrastructure, the company detailed in its S-1. That such a large company would move largely off public cloud, where startups often begin and established companies shed legacy systems to get to, seemed an anomaly.

But as cloud computing continues to mature, the costs of running such infrastructure is catching up creating a “trillion dollar paradox,” according to a recent report from venture capital firm Andreessen Horowitz (a16z), coauthored by Sarah Wang, a partner at a16z, and Martin Casado, general partner at a16z.

What is iPaaS? Integrating data flows to create new services

How CIOs Should Manage the Rapid Shift to the Cloud

Get your cloud data right the first time

How to Get Your Cloud Spending Under Control

Get your cloud data right the first time

How to Get Your Cloud Spending Under Control...

Looking After the Pennies: Remote Accounting Likely to Fail Without Cloud Computing...

The best way to go ‘all in’ on cloud

Google: Our new distributed cloud can run from your datacenter to the network edge...

Innovation, open source and data – how to get ahead...

Google: Our new distributed cloud can run from your datacenter to the network edge...

Which cloud database should you use? 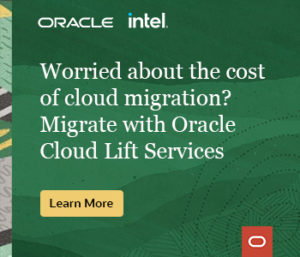